Blog - Latest News
You are here: Home1 / Monitorizare condițiilor de detenție2 / Aresturi3 / Report on the visit to the Center for Pre-Trial Arrest and Detention in...

At the time of the visit, the Mureș Center for Pre-Trial Arrest and Detention (CPAD) held 15 detainees, all of them adult males on pre-trial detention. The average time spent at facility was more than a month, with a maximum stay of five months, according to the chief of the facility.

The staff included 24 agents (one female), the chief of the CPAD and a single civil employee (the janitor, a woman who cleaned, served meals and did the shopping for detainees at their request). There were no vacancies in the personnel scheme, and there was enough staff for the average number of detainees held here.

The medical staff (a doctor and a nurse), who provided medical checkups upon arrival as well as the current care for detainees, were employed by the Mureş County Medical Center attached to the Medical Direction of the MoI, located at the headquarters of the Mureș County Police Inspectorate,at the same venue as the facility. In case of emergency, detainees were taken by ambulance to the nearest hospital. The Medical Center also included a dentist practice, where detainees also had access to treatment.

CPAD Mureş was located in a new unit (built in 2007) of the Mureș County Police Inspectorate. The facility had 22 detention rooms, 18 double rooms measuring about 10 sq. m and 4 rooms with four beds each measuring about 30 sq. m, including the lavatory. The building was inaugurated in 2008 and it observed the international standards, both in terms of detention space (4 sq. meters per detainee) and of detention conditions. Rooms were large, well lit, equipped with lavatoryies (toilet, shower and sink), with clean mattresses, with furniture allowing the occupants to serve their meals and with clothes hangers. A separate room, where the prosecutor conducted investigations, was equipped with a computer and placed under video surveillance.

Video surveillance was installed both inside the facility, on the corridors, and outside, on the perimeter, therefore there had been no need for double bars or wire nets at the windows. The two exercise yards measured about 25 sq. m each. Detainees could go out in these yards for one hour every day, but there was no equipment whatsoever in there. According to the chief of the facility, two phone booths were going to be installed in the yards.

Cold running water was available around the clock, while hot water was provided twice a week. Besides bedding, the CPAD provided detainees with soap and toilet paper. Those who could not afford them, also received paper, envelopes and stamps in order to be able to exercise their right to correspondence.

Detention conditions at this facility observed the standards of the Committee for the Prevention of Torture as well as the jurisprudence of the European Court of Human Rights.

The food of detainees at Mureş CPAD was prepared and provided by the Târgu Mureş Detention Center. The persons who talked to the representatives of APADOR-CH said that food was generally acceptable. However, most detainees ate the food brought in by their visitors. Detainees were able to buy goods, especially food items, by handing a list to the janitor.

The facility had a small kitchen equipped with a gas stove, microwave and fridge (where samples of the food were kept), where dishes were stored and food was distributed. The detainees had access to a storage room where they could keep the food they received from home.

The visitation sector and the registry office were located in the same room, inside the facility. The room was under video surveillance and equipped with separation devices, used for all detainees. The detainees complained that not even children could see them without a separating window. Each detainee could receive at most three visitors at a time, two adults and one minor. The supervisor did not stay in the room because a video-monitoring system was in place.  The same room was used for meetings between detainees and their attorneys.

Detainees were allowed to make phone calls, but they had problems in actually exercising their right because phone cards were not always available on the market. There had been two weeks gaps when detainees were unable to keep in touch with their families and legal advisors because of this. At the time of the visit, cards were available. The Association recommends speeding up the procedures for the purchase of a personal card telecommunication system, already in use  in other Romanian penitentiaries, in order to avoid dependence upon pre-paid cards that are harder and harder to find.

Detainees could not drop their correspondence into the mailbox themselves, rather they  handed  it to the supervisor, who then mailed it. APADOR-CH considers that the right of detainees to confidential correspondence may be restricted by this fact. The Association recommends for CPAD employees to allow direct access to the mail box for detainees, in order to eliminate any doubt regarding the outgoing mail. There was a registry for incoming mail and another with phone numbers used by detainees in outgoing calls.

The right to information was limited because detainees were not able to watch TV – none of the rooms had a TV set connected to a cable network, although there were electricity sockets in each room. The detainees expressed their wish to watch TV as a way to fill their time, since they had no activities whatsoever except for the one hour of exercise time in the yard. According to the persons in charge, the facility waited for expenses to be approved in order to purchase TV sets. As for the idea to bring in TV sets from home, the solution was not considered acceptable because the TVs had to be technically checked in Brașov (for hidden distance communication devices), and it was highly probable for detainees to be transferred away before the check was completed. The Association asks the CPAD management to speed up the procedures for the purchase of TV sets for detention rooms.

The body search of newly arrived detainees took place in an inappropriate venue, affecting the persons’ right to intimacy. The search took place in a large room, with no arrangement to protect the intimacy of the detainee (a curtain/cabin). It was however performed by an agent of the same sex as the detainee. Whenever detainees needed an agent, they used the visual alert system, which was functional in all rooms.

The representatives of APADOR-CH also talked to the three detainees held in Room 4, who said they were satisfied with detention conditions but protested the fact that there was no TV available in rooms.

One day before the visit, the Mureș CPAD management had introduced a new rule imposed by the Prosecutor’s Office attached to the Court of Appeal, as an interpretation of Article 110, par. 2 of Law no. 254/2013 on the execution of custodial sentences: in order for a detainee to receive the visit of family members or attorneys, it is mandatory to have the written approval of he prosecutor in charge with or overseeing the case. Since this rule was newly introduced, the CPAD management was unsure whether the decision of the prosecutor had to be signed for each visit, or for a certain period of time. It was also unclear, for the staff as well as for detainees, how long it took for such an approval to be issued. The Association hopes that the rights of detainees, especially the right to defense, will not be affected by this rule, which could prevent or delay the contact of detainees with their families and attorneys.

Conclusions and recommendations have been included in the report. 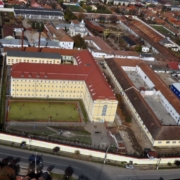 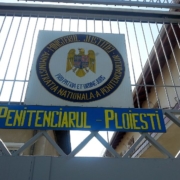 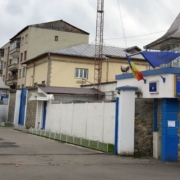