Blog - Latest News
You are here: Home1 / Monitorizare condițiilor de detenție2 / Aresturi3 / Report on the Centre for Pre-Trial Arrest and Detention of the Giurgiu...

On June 6, 2019, two APADOR -CH representatives visited the Centre for Pre-Trial Arrest and Detention Centre of the Giurgiu Police Inspectorate.

The Centre for Pre-Trial Arrest and Detention (CPTAD) is situated on the underground level of the Giurgiu Police Inspectorate, built-in 1978. The last significant investments were carried out in 2009-2014 through the Norwegian Financial Mechanism. This investment included the purchase of new mattresses, beds, air conditioning, two stationary bicycles, one treadmill and two power towers. The visitation room was renovated in 2018 from funds allocated by the Police Inspectorate.

The director of the detention centre admitted that many more investments are necessary. The employees admitted that the construction of a new pre-trial detention facility is needed, as the existing facility cannot be refurbished in any way. For instance, there is no way to fit toilets in individual rooms. There is a renovation project for the Giurgiu Police Inspectorate detention centre situated on Strada CFR 9, which also includes the construction of a CPTAD, but the timeline of this project is currently unknown. The employees even acknowledged that they have power cuts, but in these cases, they use their generator.

The detention facility has seven rooms (one room for women), a quarantine room which was out of order, shared bathrooms, a library, a room for body searches and package inspection, a separated visitation room for one person, a medical office, a kitchen, and a warehouse. There is no room for conjugal visits, and there is no room for it. There have not been any requests for conjugal visits, but in these cases, the detainees will be transferred to a facility which has such rooms.

All rooms have 14.57 sqm with three beds. Thus, the detention facility can only accommodate 21 persons. The rooms observe the four sqm standard, established by the Council of Europe Anti-Torture Committee. However, there are no bathrooms in the rooms.  CPTAD serves only Giurgiu County; thus, on average, there is 15 detainees/month (calculated for the past six months). Furthermore, the management declared that the number of detainees has decreased, as the new Criminal Laws have removed pre-trial detention. Hence, CPTAD does not have an issue with overcrowding any longer.

The rooms have three separate beds, wall to wall carpeting, a small window which can be only opened from the outside, tables and chairs, air conditioning, a shelf for food products, a signalling system for the agents (the lightbulbs were missing at the time of our visit). The APADOR -CH representatives, could not help but notice that there was a bucket in the corner of every room. Based on our previous experience, this bucked is used by detainees for their physiological needs during the night. However, both the centre management and the detainees denied using the bucket for physiological needs, stating that this bucket is used for leftover food and even cleaning dishes (!), although there was a wastebasket in every room.

In the view of our association, the windows are too small and cannot provide enough fresh air, especially in the rooms for smokers, as was the case with one visited room where the air was unbearably thick. This problem exists solely due to the fact the windows can only be opened from the outside, have two sets of bars covered which are covered by a perforated metal plate, thus making airing next to impossible. The centre’s representatives declared that the air conditioning ventilates the rooms, but at the time of our visit, this was not in use. Upon the request of our representatives, they tried to turn on an air conditioning machine in one of the rooms, but as it turned out, the machine could not be turned on. The explanation given by the centre’s representatives was that the entire air conditioning system was disconnected this morning, but that it usually works. The detainees did not seem convinced by this explanation.

Due to the two sets of bars, natural lighting in the cells is insufficient, and the detainees always keep their lights on.

Furthermore, all radiators ware covered with a perforated metal sheet. The Association cannot know whether this affects the heating of the rooms in winter.

There are no TV sets in the rooms, as the electrical installation is very old and would not be able to cope. New cabling is needed, as there are not any outlets. The right of information is ensured by the radio sets present in each room. The detainees may bring their own battery-powered radio sets.

The shared bathroom down the hall comprises two showers, two squat toilets and four sinks. There is no window, and the ceiling is covered in mould, the malodour can be felt even with the door closed. The bathrooms are shared both by detainees and centre employees. The only female agent uses the bathroom from an upper level.

The isolation room has seven sqm, has wall to wall carpeting and one bed, but it was not adequately equipped. According to the centre’s management, this room has not been used for a very long time; the musty air can confirm this.

The centre as one senior officer and 20 non-commission officers (only one woman) for security and supervision, escort, body searches and package inspection. Both the centre management and the employees admitted that the number of employees is insufficient and that they are overwhelmed when there are more than 15 detainees. There are two persons per shift for supervision, which have numerous responsibilities (serve the meals, formalities for new incoming detainees, escorting the detainees to the toilet), and if one officer must escort a detainee for visits, then there is only one person left for surveillance. Ideally, there would be three persons working on a shift. The employees stated that the lack of personnel is partly due to the small salaries offered.

Medical assistance is ensured by one general practitioner and three nurses who served the centre employees as well. The doctor is present between 8 – 16. The nurses work in shifts, and during the night, a nurse is on call. When the doctor is on a leave of absence, he is replaced by a doctor from Calarasi who comes to Giurgiu once a week. The emergency services handle any emergency. If new detainees are brought during the night, then these are seen by the nurse on call. The Association considers that hiring of another doctor is necessary since all new persons brought in the centre must undergo a medical consult and have a replacement in the absence of the other doctor. OPSNAJ procures the necessary medication, and there have not been any issues so far, according to the centre director.

Medical consults are carried out in one of the rooms on the underground floor. The room has a bed, a closet and a shelf for all the medication. Our representatives were not able to find any first aid kit in the office. Furthermore, the office did not have a window or a bathroom. The musty air in the room indicated that the room was not used very often. The Association strongly believes that this room is not suitable for medical consults and the purchase of a first aid kit.

The most common health-related problems are mental health issues and drug addiction. 2014 was the last year in which detainees received methadone treatment from the Romanian Anti Drug Agency, and the centre does not stock any.

There is no therapist/psychiatrist. If the management of the centre considers that a detainee needs counselling, they put in a request for the therapist.

The food of the detainees is brought from the Giurgiu Penitentiary. When we visited, the detainees were about to have sour soup, cabbage and macaroni and cheese for dinner. They declared that the food was good.

Upon entry, the detainees receive a blanket, a sheet and pillow, together with toiletries, if they do not receive them from home. Some detainees declared in their interviews that they only received soap and tissue paper, and other toiletries were distributed upon request.

The shower schedule is daily from 8 to 11 pm, depending on the room. Warm water comes from the two boilers installed in 2004. The bedsheets are not cleaned very often, as the management prefers giving out new bed sheets at regular intervals.

Outside contacts, other rights.

The detainees may send letters. The mailbox is on the ground floor, so outside the holding facility, thus the detainees must be escorted every time they want to mail a letter.

The detention centre also has a room used as a library, with approximately 50 volumes, a TV set and a telephone for the detainees. The Association believes that this room should be reorganised. The books are old, there is no copy of the Criminal Code, and the room is unsuitable for the library. Furthermore, the placement of the telephone in the library is inconvenient, as it infringes the right to hold private phone conversations, as the supervisor stays in the same room.

Every other week, the detainees can make a shopping list, and the centre employees buy and distribute the products. The centre’s management is happy with this solution, although our Association believes that centre employees should not be responsible for shopping. CPTAD Giurgiu has relatively few shopping requests, and its employees regard a tender for companies which may want to provide the products as very cumbersome.

The courtyard has approximately 15 sqm, is surrounded by high walls, is completely covered with bars and partially with Plexiglas, has a stationary bike, a treadmill and a power tower. The detainees go to the courtyard every day.

The visitation room was also on the ground floor. It has a desk, benches and a separated area. The room only fits one person. Meetings with the lawyers are also held in this room. The average visit lasts 30 minutes.

Interviews with the detainees

At the moment of our visit, the centre housed nine men. CPTAD Giurgiu rarely takes in women and minors. There was only one minor in 2019.

APADOR -CH visited and interviewed the detainees from two rooms. In one room, the APADOR -CH representatives interviewed three persons, who all stated that they received medical assistance as soon as possible whenever they requested it. When they have to go to the toilet, they knock on the door to be escorted to the bathroom. An old and torn print of the internal regulations was stuck on the room door. The room was for smokes, and although it had two windows, the air inside was barely breathable.

In another room, the representatives discussed with 3 Bulgarian citizens. They declared that they communicate with the officers in English, even though only one of them spoke it, and that they use non-verbal communication to make themselves understood. Furthermore, they declared that they did not receive an interpreter when their rights were read. They have the right to one visit per week, to a one hour walk, and phone calls three times a week. A doctor had seen them and received medical care when needed.

APADOR -CH would like to draw attention to the fact that the Giurgiu Centre for Pre-Trial Arrest and Detention offers inadequate detention conditions as the rooms aren’t fitted with bathrooms, and in such cases ECHR considers this as degrading treatment and a breach of article 3 of the European Convention on Human rights (which prohibits torture and inhumane treatment). Considering that the detention rooms cannot be retrofitted to include a shower ad toilet in each room, the Association recommends setting up a new Centre for Pre-trial and Detention, according to international standards. 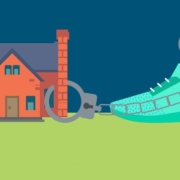 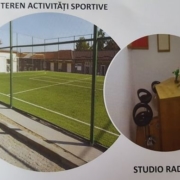