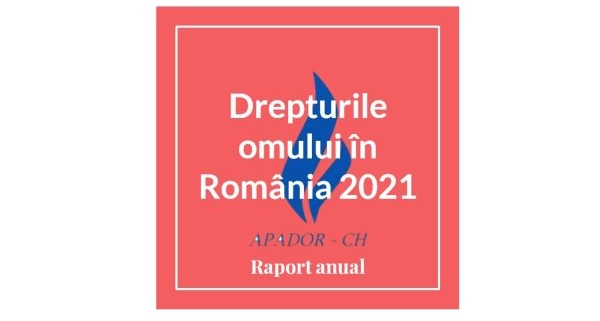 The second year of the pandemic was no more manageable than the first, even though everyone was already familiar with all kinds of restrictions. Or perhaps that is precisely why this indefinite extension of the restrictions on rights and freedoms, the perpetuation of the state of alert and news of yet another mutation of the virus and yet another wave of illnesses have all contributed to increased personal and general anxieties, to the emergence of more and more pandemic conspiracy theories and to the further division of the society.

Actually, 2021 was perceived as another lost year. Another year of waiting for the pandemic to pass, to resume a normal life. Another year that, although it had a promising start, with a new Parliament, a new Government, and more life-saving vaccines, turned out to be another year of sterile political battles. The interests of the society – such as the fight against the pandemic and the economic recovery – were once again put aside on the background of a global economic crisis that was felt in every pocket.

2021 also saw protests against the restrictions imposed by the Government, saw opposition to the measures for combating the spread of Covid (which were not highly coherent), and a Covid 19 vaccination campaign which was sabotaged both from the inside (through fictitious vaccinations) and from the outside, by none other than the politicians who were unable to reach a consensus on imposing the use of vaccination certificates on a national level. At the core, citizens were easy prey for conspiracies and fake news in a state where the running of institutions is at best faltering when it is not mimicked.

Romania was not the only country affected by the ongoing controversy over the pandemic; however, this, combined with the economic state of the country, the low number of vaccinations and the chronic problems of the medical system, converged to create the 4th Covid wave in the autumn of 2021, putting Romania at the top of the European and even global rankings in terms of the number of reported infections and deaths per capita.

In this troubled context, human rights have been a permanent theme in the public space, a discussion conducted with strident emphasis on necessity versus abuse in the restriction of specific rights. And in this dispute, there was little or no place for rational and legal arguments.

Among the fundamental rights that have been affected in 2021 through the temporary restrictions were: freedom of movement, right to education, right to privacy, and the right to assembly. Travel was conditioned on vaccination or testing, classes took place online rather than in person, affecting mainly children from poor backgrounds, and the right to protest in the streets remained restricted depending on the number of participants. At the same time, the Government allowed larger events such as weddings, christenings, and party congresses.

On 10 December 2021, for the International Human Rights Day, APADOR-CH conducted an online survey among its social media followers, asking, “Which restriction of rights and freedoms has most affected you in the pandemic?” From the responses received, people felt the restriction of freedom of movement most acutely. Next came freedom of assembly and the right to health protection. But enough people commented that they did not feel that the pandemic had affected any of their rights, as they understood the need to change their normal lifestyle to fight the disease.

Those who saw the restrictions as yet another sign of an evil global plan were more vocal than those who obeyed the rules, accepting that these had been put in place for the greater good. The conspiracy theories and the failure to comply with the rules to combat the spread of COVID-19 were also fuelled by the authorities’ opaque style of managing public communication, an otherwise traditional way in which the Romanian state operates but which, in this case, proved criminal, because it increased the population’s mistrust in vaccines, medical care and implicitly caused deaths that could have been prevented.

Access to information of public interest has also been limited under various forms and pretexts. As of 2021, Romania has had a law on the information of public interest for 20 years (Law 544/2001), but the authorities have not yet learned the habit of honest public communication; on the contrary, encouraged by the lack of effective sanctions of the law, some institutions have developed methods to evade their legal obligation to respond to citizens’ requests.

GDPR was a pretext widely used by the authorities to justify their refusal to submit public information. Attempts to find out who are the members of the various committees and commissions set up to manage the “fight against the pandemic” were met with an absurd response from the authorities, that the names and training of people making vital decisions for the community is personal information and therefore cannot be disclosed. Citizens, journalists, and NGOs have all encountered the same GDPR motivated refusal when making requests under Law 544/2001. Therefore, APADOR-CH recommended including in Law 544/2001 the obligation for public entities to communicate, ex officio, the nominal composition of the various bodies set up by public authorities or institutions, thus fulfilling the requirements of transparency in their activity, per Art. 6 lit. f) of the GDPR, which states that personal data may also be disclosed when necessary for legitimate interests pursued by a third party.

In addition to refusing to disclose the names of the persons who are part of the various committees and commissions, the authorities have also found a way to avert giving out any information about the pandemic by shuttling the complainant from one institution to another until any information seeker becomes discouraged and stops asking for the information.

Although, after one year, the information requested at the beginning of 2021 is no longer relevant, it is still needed in the public space. For example, how much Romania paid for the vaccine doses is information that concerns us all, whether we are pro or anti-vaccination. This information is not included in the reply received from the NCCAC, although it was requested, and it would be useful to know how much money we are throwing away by not using vaccines. Meanwhile, health professionals accused of issuing false vaccination certificates have been sent to court. Only in a vaccination centre in Iasi county, for example, more than 400 vaccinations were carried out daily at the sink, according to the indictment published in the press.

An episode that had a rather political background but with implications for human rights was the removal from office of the Ombudsman by the new parliamentary majority established after the December 2020 elections (PNL-USR-UDMR). The revocation took place on 16 June 2021, was challenged by the PSD and won at the Romanian Constitutional Court, and questioned by official letters even by the Venice Commission.

The Ombudsperson, the only public authority that can directly challenge any law or ordinance at the Constitutional Court, had distinguished itself by attacking some of the measures taken by the former PNL government in 2020 to fight the pandemic. One case of public resonance was the attack on the law fining people who violated pandemic prevention measures, which generated even more distrust in state institutions. The moment has been labelled a catalyst for the “denialist” movement, which sees any action to combat the pandemic as an illegitimate attack on citizens’ rights.

Of course, the Ombudsperson or the CCR cannot be blamed for this crisis of confidence in the authorities, as the fault lies solely with the authorities, which should have adopted and applied regulations in line with the Constitution and not unconstitutional. However, the government at the time, supported by the parliamentary majority, claimed that the Ombudsperson was acting against measures to prevent and combat the pandemic. Thus, the procedure to remove the Ombudsperson from office was born and brought to completion.

The Ombudsperson was reinstated on 29 June 2021, also after a decision of the Romanian Constitutional Court which declared that the revocation decision is an arbitrary act without a constitutional basis. The People’s Advocate has not been accused of violations of the law or the Constitution but only of failing to carry out his duties, some of them older than the pandemic.

On this occasion, the CCR found that Law No 35/1997 (on the functioning of the AVP) has serious constitutional deficiencies, which should be remedied by Parliament, which has not yet happened.

This pointless exercise in flexing political muscles has not helped the aggrieved in any way. Fines declared unconstitutional have not been automatically cancelled,  neither the  APADOR-CH’s proposal nor at initiatives of some Members of the Romanian Parliament, but remained to be challenged individually and thus unnecessarily clutter the courts.

Organisationally, and in 2021 APADOR-CH monitored how human rights are respected in general and on a few lines in particular, with limitations already set from the 2020 pandemic. APADOR-CH started and supported three significant projects in 2021:

Another important activity of the association was the contribution, also in 2021, to the European Commission’s report on the rule of law. Together with other findings on the functioning of the rule of law during the pandemic in Romania, APADOR-CH has submitted to the European Commission, as part of the civil society consultation exercise, as well as to the Ministry of Justice, some proposed amendments to the regulations on the financial liability of magistrates, which are under public debate in the package called “Justice Laws”, consisting of the draft Law on the status of magistrates in Romania, the draft Law on the judicial organisation and the draft Law on the Superior Council of Magistracy.

The justice laws, which remain unchanged in 2021, were apparently at the centre of the political scandal that ended the year and the PNL-USR-UDMR governing coalition. Romania turned to another parliamentary majority at the end of 2021, PNL-PSD-UDMR, and with it, various promising vows of welfare for the people were renewed.

Human rights were also under assault worldwide in 2021, with authorities choosing to consolidate their powers in the pandemic rather than respect citizens’ rights, as the liberties report, on the state of European democracy, to which APADOR-CH also contributed. The difference this time was the age of democracy. Younger, eastern European states (Bulgaria, Romania, Hungary, Slovenia, Poland) have been more abusers of rights and freedoms than Europe’s old, consolidated democracies.

2020 ended with the vaccine’s promise, which was supposed to end the pandemic and bring us back to normality. It didn’t, so 2021 didn’t end with pledges. Not even with traditional resolutions, because people have learned the futility of plans in the face of life’s arbitrariness.

Read more about APADOR-CH activities in the 2021 activity report 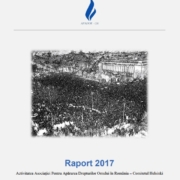 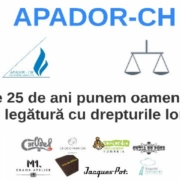 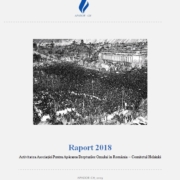 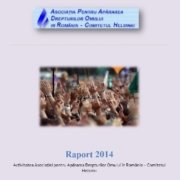