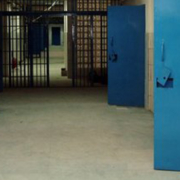 Because of increasing reluctance of the National Administration of Penitentiaries and heads of penitentiaries to collect and share data on budget allocation and expenditures, APADOR-CH decided to make use of existing Freedom of Information legislation and formulate FOI requests to all prisons in the country (46) to provide the annual budget allocation and expenditure for years 2009, 2010 and 2011.

Once APADOR-CH collected all of this information, it made it available on its website (link) in a special section dedicated to prison budgets in Romanian.  APADOR-CH also analyzed and interpreted all of the answers received to the FOI requests. All of the budgets received were compared and analyzed, allowing  APADOR-CH to extract important information about how much money is being spent in detention facilities, what percentage of this money relates to administration and staff costs, and what exactly goes into food and health-care provided to detainees. This is important because public discourse often involves the „outrageous” amount of money being spent on detainees, but our analysis shows that Romania spends bellow the European average per day on a detainee. The European average is around 90 euro a day per detainee, while Romania spends less than 20 euro a day. Moreover, our analysis shows that more than 2/3 (two thirds) of the money spent on a detainees actually goes into administration and staff costs, leaving less that 1/3 (one third) for food and health care. . The results of this analysis were compiled by our PR expert who publicized the analyses on APADOR-CH’s blog (link). She also developed a lengthier analysis and published it on an online journal of current affairs (link).