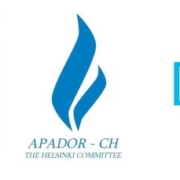 Its implementation period is January 2017-December 2018.

Fair Trials and its partners have supported the development of the EU directive on procedural safeguards for children suspected or accused in criminal proceedings (EU Directive 2016/800) which may reach its transposition deadline during the project timeframe.

The reason for adopting the “Children’ Rights Directive”:

A 2014 Commission study examined legislation and policy governing children’s involvement in criminal proceedings across the EU, highlighting the lack of key safeguards for child suspects and defendants in many countries. These include the failure to provide information in a manner specifically adapted to the child’s needs; insufficient protection from lengthy pre-trial detention; limitations on the right to be heard; and the failure to audio-visually record interviews with children.

Other problematic aspects when it comes to defence rights for children:

The Commission also identified the lack of mandatory specialist training for defence lawyers representing children as a key deficiency in many member states, including Hungary and Romania.

The overall objective of the project is to increase the capacity of defence lawyers effectively to represent children in criminal proceedings by:

a) Identifying practical barriers to the effective participation of child suspects and defendants in criminal proceedings which skilled legal representation could address;

b) Examining existing practice and engaging interdisciplinary expertise on the training of defence lawyers working with child suspects and defendants;

c) Developing and delivering a replicable and interdisciplinary training programme for defence lawyers which covers international and regional standards as well as the specific skills required for effective legal representation of child suspects and defendants; 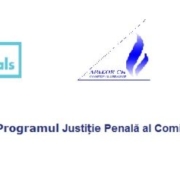 Beyond Surrender aims to look at the use and abuse of the European Arrest Warrant (EAW) and its impact on the life of the defendants and their families. The project, funded by the EU Commission, is being coordinated by Fair Trials and implemented in cooperation with four partner organisations in Lithuania (Lithuanian Human Rights Monitoring Institute), Poland (Helsinki Committee in Poland), Romania (APADOR-CH) and Spain (Rights International Spain).

The project will be implemented during April 2016-February 2018.

Context
While the simplified system of surrender established by the EAW Framework Decision has undoubtedly had success in preventing the EU’s open borders from being exploited by those seeking to evade justice, the past eleven years have highlighted significant problems in its operation. The European Commission, the European Parliament, certain Member States and civil society have recognised that the main problems relate to:

Member States have responded to these problems by adopting different approaches to implementation, while judges in executing states increasingly face the dilemma of the proper relationship between the principle of mutual recognition and a commitment to fundamental rights and other principles of EU law. After decisions to surrender are made, judges and lawyers in the executing state do not generally monitor what follows, including whether assurances (where given) are upheld, whether fundamental rights are enjoyed and whether the outcome confirms that the EAW was the right instrument to have used.

Objectives
The overall aim of this project is to use the human stories of experiences beyond surrender to document the impact of a EAW on people’s lives and to inform future legal and policy developments. Our objectives will be to:

Activities
Fair Trials and its partners will identify cases of individuals post-surrender through contact with local lawyers, bar associations and legal aid boards as well as via their own monitoring of detention centres.

20 cases in each project country will undergo post-surrender monitoring to obtain information on the: enjoyment of Roadmap rights; use of pre-trial detention or alternatives; proportionality of the EAW; and human impact of surrender.

Each Partner will produce a short report on the monitored cases, identifying patterns of good and bad practice and placing key findings in a broader domestic context. The report will set out recommendations for domestic stakeholders and valuable information for judicial stakeholders in other Member States.

Detailed documentation will be produced on 3 cases in each project country, demonstrating the human impact of surrender and placing procedural rights protections in the context of real cross-border cases. Materials will include case summaries and a short video featuring, where possible, personal testimony.

Fair Trials will produce a regional report highlighting common themes and using the human stories to support concrete reform proposals and demonstrate examples of good practice. A composite video and a booklet summary will be produced which, with the report, will be launched at a European Parliament event attended by MEPs, Commission officials and Member State representatives. Partners will also host launch events for the country reports/videos for domestic stakeholders.

Co-funded by the Criminal Justice Programme
of the European Commission 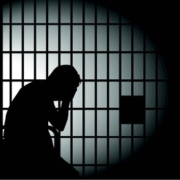 During the period May 2014 – April 2016 APADOR-CH is running a project coordinated by the Fair Trials International, an NGO based in London.

The project is called „Practitioner Training on Roadmap Directive” and is funded by the European Commission.

The project aims to better inform the lawyers on the EU directives that establish the procedural rights of the defendant. Within this project there will be created a series of informative materials with respect to this goal. Also, within the scope of this project several training sessions will be organized on the applicability of this Directive.

Lawyers in Romania will be able to participate in such a training session in the second half of 2015. We will offer more details on the matter in due time. We will also help distribute informative materials as they are made.

You can find here information on EU directives that establish procedural rights for defendants.