Blog - Latest News
You are here: Home1 / Media2 / Comunicate3 / Political campaign of silencing and destabilising the NGOs, in Romania 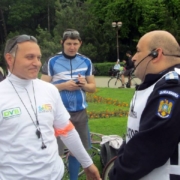