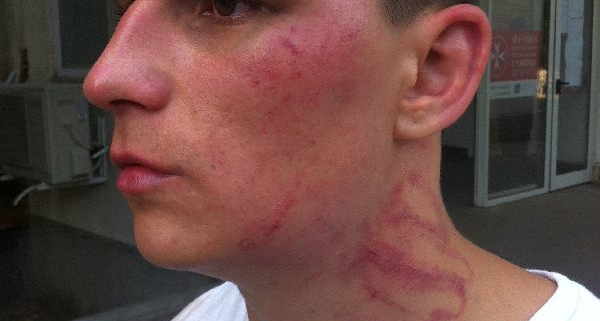 On July 2nd 2015, Florin Micu came to the APADOR-CH office to complain about the ill treatment received at the hands of three cops from Police Station 25 in Bucharest, 6th district, during the night of June 27 to 28, 2015.

The incident, as described by Florin Micu to the representatives of APADOR-CH

Florin Micu said that on Sunday, June 28, around 2:00-3:00 a.m., he was with a group of about eight friends, among whom three young women, one of them underage, in the area near Drumul Taberei park – Câmpul cu flori. He said he was having an argument with one of the women, named S., when a squad car approached the group and told them to leave, because they were disturbing public peace. Florin Micu admitted he had been drinking a couple of beers with his pals, but said he was not drunk and felt perfectly conscious.

The group did what the police had told them; while walking Florin Micu continued his argument with S. Shortly after, the squad car reappeared by their side and one of the cops addressed Micu directly, saying “You don’t want to calm down, do you?”. The same cop restrained him with a pair of handcuffs and pushed him into the car. While Florin Micu was in the squad car, his hands tied behind his back, the policemen fined his friends for disturbing public peace. This shows that ID-ing and even fining persons for misdemeanors can be done without taking them to the police station.

Then, the cop who had restrained Micu and who sat on his left side, in the back of the car, punched him in the face with his right hand. The other two cops got into the car without any reaction to the beating and drove the Station 25.

Here, two of the cops dragged Florin Micu out of the car and into the lobby of the precinct, where they threw him on the floor, face down, his hands still handcuffed behind his back, and started kicking and punching him. The beating lasted for about five minutes. Florin Micu said that all three squad members were hitting him and the officer on duty witnessed the violence. The shower of punches and kicks made the victim dizzy, so the cops carried him upstairs in a room on the first floor and sat him on a chair.

Another uniformed cop was in this room, which looked like an interrogation room, but he had no reaction seeing a handcuffed victim brought in, hand tied behind his back and visible bruises on his face. Annoyed by the ill treatment, Florin Micu threw a few swear words to the policemen and, as a result, one of them (Florin Micu, who has confused, said it could be the one who drove the car or the one who beat him in the back seat) hit him four or five time with the tonfa over the right leg.

His handcuffs were removed about 40 minutes after arriving at the station and only after Florin Micu insisted, because they were very tight around his wrists and were hurting him. Then, the cops started writing a fine for disturbing public order, which he refused to sign. The policemen started to chat with him friendly, made jokes and finally asked him his name, then told him he was free to go. This type of behavior seemed to be a habit for the cops in question; it indicates that the main purpose of taking a suspect to the police station – which is to determine his/her ID – is frequently ignored. Micu’s keys and phone, the only items he had on him and does not remember being taken by the cops, were returned.

In the end, the three policemen saw Florin Micu out of the building in a peaceful manner and one of them suggested he might have had a fall down the stairs, hence the marks of violence he bore. It was around 5:00 a.m. when he left the building.

At no point during his ordeal at the hands of the police was the victim told why he was handcuffed, taken to the station, ill-treated and deprived of liberty. He was simply picked up from the street and brutalized by representatives of the state, who are supposed to act for the protection of citizens, being hit by them repeatedly and with cruelty while he was handcuffed and defenseless. Moreover, he was unable to inform anyone of his whereabouts or to call a lawyer.

When he got out of the police station, Florin Micu called one of his friends from the park to come and get him home. He arrived shortly in a cab and seeing in what state Micu was (blood running out of his mouth and nose, a blue left eye) suggested they should go to the hospital. The friend, P.I., took some pictures of Micu with his own cell phone. They went to Sfântul Ioan Hospital, where the victim declared he had been beaten by cops, was given a set of X-rays and was redirected to Bagdasar and Colțea Hospitals for further investigations. Meanwhile, the woman who had the argument with Micu before he was taken by the police, S., arrived at the hospital, bringing his ID card from home.

On Sunday morning, around 8:00 a.m., Micu left Sfântul Ioan Hospital accompanied by P.I. and S. and went to Mina Minovici Forensic Institute. The recommendation issued to the Colțea Hospital mentioned head trauma, chest and abdominal trauma and injuries to the right leg. The Bagdasar Hospital patient file mentions marks of aggression with a blunt object (bat) on the head, cervical spine, right arm and right leg, diagnosing the patient as „multiple contusions caused by violence”. The medical letter issued by the Forensic Institute to the Colțea Hospital asked for a specialist examination and mentioned the presence of bruises on both ears, both cheeks, on the back and on the limbs.

In the pictures made by P.I. outside the police station, Florin Micu shows signs of violence and scratches on his whole face and neck, both eyes swollen and blue, bruises on his right leg and deeps marks of handcuffs on both wrists.

After Florin Micu was taken to the station, the group of friends left on the street had an argument during which one of the women was aggressed by a man. The woman called the police, another squad arrived and took the plaintiff to the station to file a complaint, accompanied by the minor.

The minor later told Florin Micu that, while they were at the station, she wanted to use the restroom and found herself at the door of the room where Micu was being beaten by the cops. Hearing the screams of the victim, the minor asked a cop whether her friend was being beaten and he denied it. The woman and the minor who were at Station 25 saw Florin Micu coming out of the building with traces of blood and bruises on his face.

The young woman who went to the station to complain against another young man from the group received, on July 1st, a fine for disturbing public peace accompanied by a police report saying that she was the one arguing with Micu on the street, on June 28. Micu categorically denied it, especially since the woman had been brutalized while he was already at the station. Micu believed that the cops made a deliberate error, taking advantage of his quarrel with S., that had by no means included any physical violence. The proof was that S., who was a good friend of his, had promptly showed up to the hospital the next day to bring him his ID.

The victim believed that the policemen had intentionally written in the woman’s report that he was the one who attacked her, so they could later justify taking him to the station.

While he was at the Forensic Institute, two representatives of Station 25, in plain clothes, came to see Florin Micu, saying they wanted to help and informing him he was invited the next day, on June 29, at 8.00 a.m., to talk to the chief of the station. One of the policemen who came to the Forensic Institute took pictures of Micu and his bruises.

Florin Micu thought this was a good opportunity to file his complaint against the three cops who had beaten him, so he went to the station as summoned, and met both the chief of the station and another superintendent, who introduced himself as part of a control unit of the General Police Inspectorate.

Seeing his visible bruises, especially the black left eye, the chief of station said, on an accusing tone, that he must have done something to be hit. The chief added that there had been three complaints about Florin Micu’s group’s disturbing public peace on the night of June 27-28.

The chief of the station appeared to be covering his men. He didn’t make any mention of them beating Micu, although it was obvious he knew about the incident on the previous night. The superintendent made a document stating that the meeting took place and that Florin Micu wanted to file a complaint “right now”, but Micu did not receive a copy. Micu decided not to file the complaint before consulting with a legal expert on the form it should take.

APADOR-CH notes that the type of abuse committed by the Romanian Police, in the form of punishment for certain behavior, is universal. The Association has seen similar cases of citizens beaten by cops all over the country. Such actions by the police are against the law, they are criminal offences themselves. Therefore, APADOR-CH asks one more time that such abusive and primitive police practices should stop once and for all. This can only be achieved by drastic administrative sanctions, irrespective of the decision  taken by prosecutors investigating the cases. It is known that in most cases, prosecutors decide non-indictment for lack of very solid evidence. It does not mean that the cops in cause have not committed abuse, only that it is harder to prove by the victims. But it is not the victims who should bring in unassailable proof, it’s the investigating authorities.

The Association asks the General Police Inspectorate to investigate the ill-treatment of Florin Micu at the hands of Bucharest Station 25 policemen. APADOR-CH expects to be informed of the sanctions taken against those found responsible of the incident. 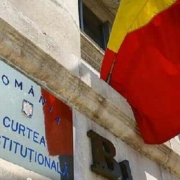