Blog - Latest News
You are here: Home1 / Monitorizare condițiilor de detenție2 / Aresturi3 / Report on the follow up visit at the Center for Pre-Trial Arrest and Detention...

On August 12, 2014, two representatives of APADOR-CH visited the Center for Pre-Trial Arrest and Detention (CPAD) no. 12, located in the Bucureşti Regional Railway Police Section. It was a follow up visit, after the one made on September 11, 2012, as part of the EU-funded project Children Deprived of Liberty in Central and Eastern Europe.

The general situation, as compared to the previous visit

The situation was different from the one encountered during the previous visit in that the facility could now accommodate only 15 detainees, male minors or young men, in its 5 rooms. A set of bunks had been removed from each room, so that there were now only 3 beds on about 12 sq. m of space (including the lavatory) – amounting to 4 sq. meters per detainee. All 15 beds were occupied at the time of the visit (12 minors and 3 young detainees). The chief of the facility said that detainees were never accepted beyond that capacity and if more than 15 minors were under arrest in Bucureşti and Ilfov, they were taken to CPAD 1 in Bucureşti, where they had a special room organized for them. Minors stayed at the facility for an average of 1-3 months.

The staff included 11 agents and the chief of the facility, who worked in shifts. The chief said there were 4 shifts, with 3 agents on each, except one, which only had two agents. He also mentioned that the two-agent shift posed no problem.

The chief of the facility said that minors and young detainees were only taken in after a medical exam at the central arrest unit. Detainees were also taken there for routine medical checkups, but in case of emergency an ambulance was called.

In some cases, it was difficult to obtain IDs for minors because their legal guardians could not be identified. In such cases, CPAD 12 co-operated with the General Direction of the Child Protection Agency, in charge with social investigations that could identify a parent or relative and assist in the release of ID papers.

As during the previous visit, detainees had no activities other than spending 1-2 hours per day in the exercise yard, watching TV or reading one of the few books available for borrowing in the hall of the facility. The exercise yard was unchanged (it had been whitewashed), and still uncovered, so that no activities could take place there in rain or snow. While at the center, the detainees were unable to go on with their studies.

Every month, each detainee was entitled to a bar of soap, a razor and a roll of toilet paper. There was no budget for buying envelopes and stamps, in order to guarantee the right to correspondence/petitioning, but the chief of the facility said that the staff provided the items themselves when a minor could not afford them. The payphone was located on the corridor and required special cards. There was no phone booth to ensure the confidentiality of the conversations and the agent stood right beside the detainees who used the phone. The Association asks for this problem to be remedied by the installation of a proper phone booth. In the meanwhile, the confidentiality can still be maintained by having the agents keep a reasonable distance from the detainees, so they cannot overhear what is being said.

The alert system had been repaired, which was an improvement. The bells were now functional, allowing detainees to inform their supervisors if they had any problem. According to the chief of the facility, detainees were no longer handcuffed by default whenever they were taken out of the facility – rather, each case was analyzed on its own merits. Detainees later confirmed that they were not handcuffed when taken outside the facility.

Upon their arrival, detainees were handed a file containing a set of documents regarding the rights and obligations of persons deprived of freedom. The representatives of the Association were able to see such a file. If a detainee was unable to read, he was informed of the contents of the file by members of the staff.

A negative aspect was that the room used for visits and meetings with the attorneys had no see-through door, so the agents had to stay inside during these meetings. The confidentiality of legal conversations was therefore not observed.

The representatives of the Association noted that the registries for in-coming and out-going mail were no longer in use.

Security cameras were still installed on the corridors, at the entrance and in the exercise yard, but the footage was not archived, for technical reasons, as the chief of the facility explained. The cameras were only used to monitor what was happening in real time.

Food was brought in from Rahova Penitentiary and detainee helped themselves from the kitchen and had their meals in the rooms. The kitchen had a microwave oven at the disposal of detainees, two fridges where they could keep the food they received, and one fridge for food samples. The staff made lists of things detainees needed to buy and did the shopping for them. According to the chief of the facility, such requests were rare, because in general the minors and young detainees did not have any money.

Clothes and bedding could be washed in house, in the washing machine, as often as needed.

The representatives of the Association visited room no. 5, occupied by three minors. The windows were still covered in double wire nets, both inside and outside, so that natural light was insufficient and the electric light was on at all times. The minors confirmed that they had been seen by a doctor prior to being detained, that they had been seen by a psychologist, that they received the file with documents listing their rights and obligations and that they went out to the exercise yard every day. The room had no TV set (apparently, it had been broken by the minors), but did have an improvised radio set. None of the occupants of the room had ID papers, so they waited for their documents to be released. The minors said that hot running water was available around the clock, but the lavatory was unclean and, since it was separated from the room merely by a curtain, the urine stench filled the room.

Room no.  1 accommodated the three young men held at the facility. They confirmed that their meetings with family and attorneys took place in the presence of an agent. Their room had a TV set, provided by the facility. The lavatory here was also unclean and the walls were damp, although they had been recently whitewashed, like the rest of the facility.

–          The Association recommends, as a priority, that a see-through door should be installed in the visitation room, in order to ensure the confidentiality of meetings.

–          The lavatories in the rooms need to be sanitized and dampness needs to be removed from the walls, where it occurs.

–          APADOR-CH recommends that the exercise yards should be properly equipped. 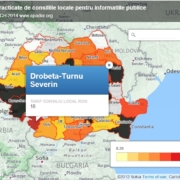 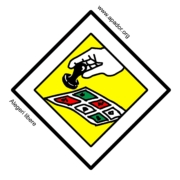 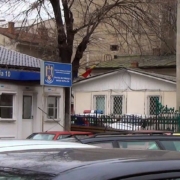 Report on the visit to the Târgu Ocna Reeducation Center 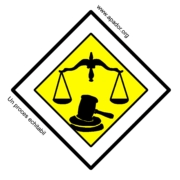 Report on the case of Gabriel-Daniel Dumitrache, who died in the garage building of Police Section 10, at 15 Stelea Spătaru Street