Blog - Latest News
You are here: Home1 / Media2 / Comunicate3 / APADOR-CH gets Romania condemned by the ECHR in the case concerning Ionel...

The European Court of Human Rights (ECHR) condemned Romania today in the case of Ionel Garcea who was in prison and died there in 2007. His death has not been subject to any effective investigation. Garcea’s case, who had no known relatives, has been taken by APADOR-CH before the national courts and the ECHR.
Ionel Garcea was born in 1973 and died on 19 July 2007 in the Rahova prison hospital. In 2002 he was convicted to a seven-year sentence for having committed rape, which he had always denied. He was diagnosed with a mental illness as well as other health issues which led to his admission to the psychiatric section of the prison hospital quite often. He also made many attempts to kill himself, refused to take medicine and he had to be carried to the hospital three times after having inserted nails in his forehead.
Garcea had contacted APADOR-CH from the moment he was arrested and continued to do so in prison saying that he had been beaten up several times by the prison guards, sometimes until he lost consciousness and had therefore to be hospitalised afterwards. The prison administration has always denied such accusations, arguing that some measures had to be taken for the prisoner’s own sake.
In 2007, while he was in the Jilava prison hospital, Garcea inserted a nail in his forehead again. He had surgery in a civil hospital before being sent to the Rahova prison hospital with a diagnosis of sepsis, post-extraction symptoms and acute bronchopneumonia. Garcea died in the Rahova hospital one month after the surgery. The official investigations that followed his death are still pending with the domestic authorities now.
APADOR-CH referred Garcea’s case to the ECHR, invoking the violation of article 2 (right to life), 3 (prohibition of torture and inhuman or degrading treatment) and article 13 (right to an effective remedy) of the European Convention for Human Rights. Indeed, Garcea had not received an adequate medical treatment regarding his mental and physical health while he was in prison. Besides, the administrative and criminal investigations issued after his death were not satisfactory at all.
The Court came to the conclusion that article 2 of the European Convention for Human Rights has been violated in Mr. Garcea’s case, in the sense that the authorities had not carried out an effective investigation concerning his death caused by the lack of adequate and prompt medical treatment. According to the Court, the fact the length of the criminal investigation exceeded 5 years has rendered it ineffective.

Moreover, the ECHR specified that an NGO may lodge an application before the Court on behalf of a deceased person, given that the State is likely to be guilty and the deceased person and the NGO had already cooperated together in the past – which had actually been the case for APADOR-CH and Garcea.
APADOR-CH did not make a claim for damages on behalf of Mr Garcea. The decision of the ECHR reaffirms an important principle, sometimes ignored by the state: even if the victim of abuses inflicted by state agents dies and does not have relatives, the state has to deploy an effective and rapid investigation in order for those guilty of committing such actions to be held accountable. In order to address the ECHR, the lack of relatives of a deceased victim may be replaced by a non-governmental organization that had already cooperated with the abused victim in the past. 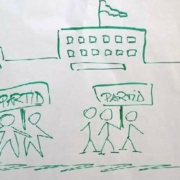 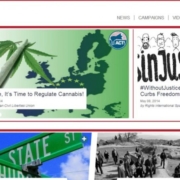 Preserve Freedoms and Rights in Europe with Liberties.eu 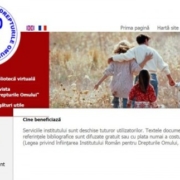 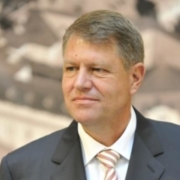